Alva was 28 years old and Allie was 20. My grandmother, Margaret Millikan McKinley, told me that these two tintypes were of Alva and Allie at the time they got married.

The couple celebrated their 50th wedding anniversary in 1939. The event was noted in the Indianapolis Star, Noblesville Ledger, and Sheridan News. The newspaper clippings indicated that they “started housekeeping” in the Dillard community and moved to their home “on the cement road east of Sheridan” in 1909. They worked the farm most of their life together.

The following picture of Allie and Alva was published in the newspaper as well.

Their entire family of 4 children, Chester Emmett, Rachel Gertrude, Mary Geneva, Richard Edwin; 8 grandchildren James & John Boone, Keith & Barbara Parr, Margaret Millikan McKinley, Frances Millikan Haskett, Betty Lou Millikan, Arza Clark Millikan, and one great grandchild were at the celebration. Photos were taken of the whole group. Their son, Richard Edwin, is missing from this picture as I expect he was behind the camera. 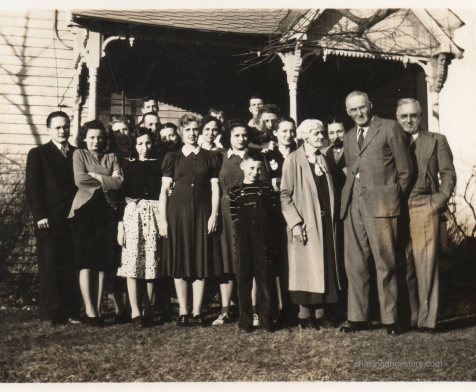 Pictures were also taken of each family group. Interesting to note that Allie shows up on the porch in the background of many of the pictures.

Chester Emmet Boone’s family came from Connersville for the festivities.

Rachel Gertrude Boone Parr and her daughter, Barbara came from New Castle, IN. Her son, Keith and his wife, came from Indianapolis, IN.

Mary Boone Millikan and her family all came from Sheridan, with the exception of her daughter Margaret Millikan McKinley and family who came from Lebanon, IN.

Richard Edwin Boone and his wife, Pauline came from Indianapolis, IN. 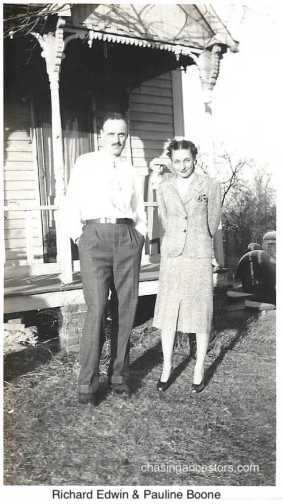 The anniversary party included decorations of “large yellow and bronze chrysanthemums, golden bell place cards and a large wedding cake, which was decorated in pink and gold.” The cake was provided by Keith Parr.

All in all, seems like they had a good time celebrating this milestone.

One final picture of Allie and Alva and their children: 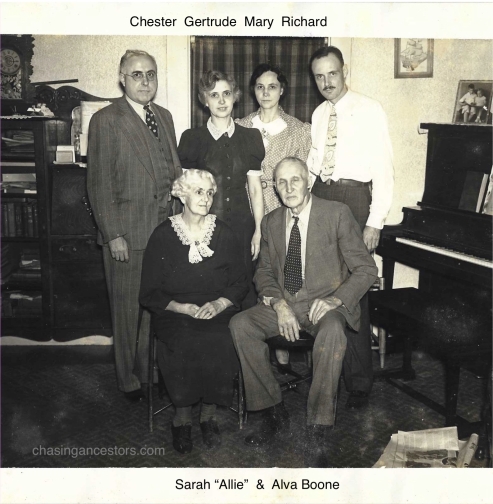 Allie and Alva stayed in their home east of Sheridan until 1945, when they moved to the home of their daughter, Mary. Alva died in 1945. Allie spent the rest of her life in Mary’s home, and died in 1955.